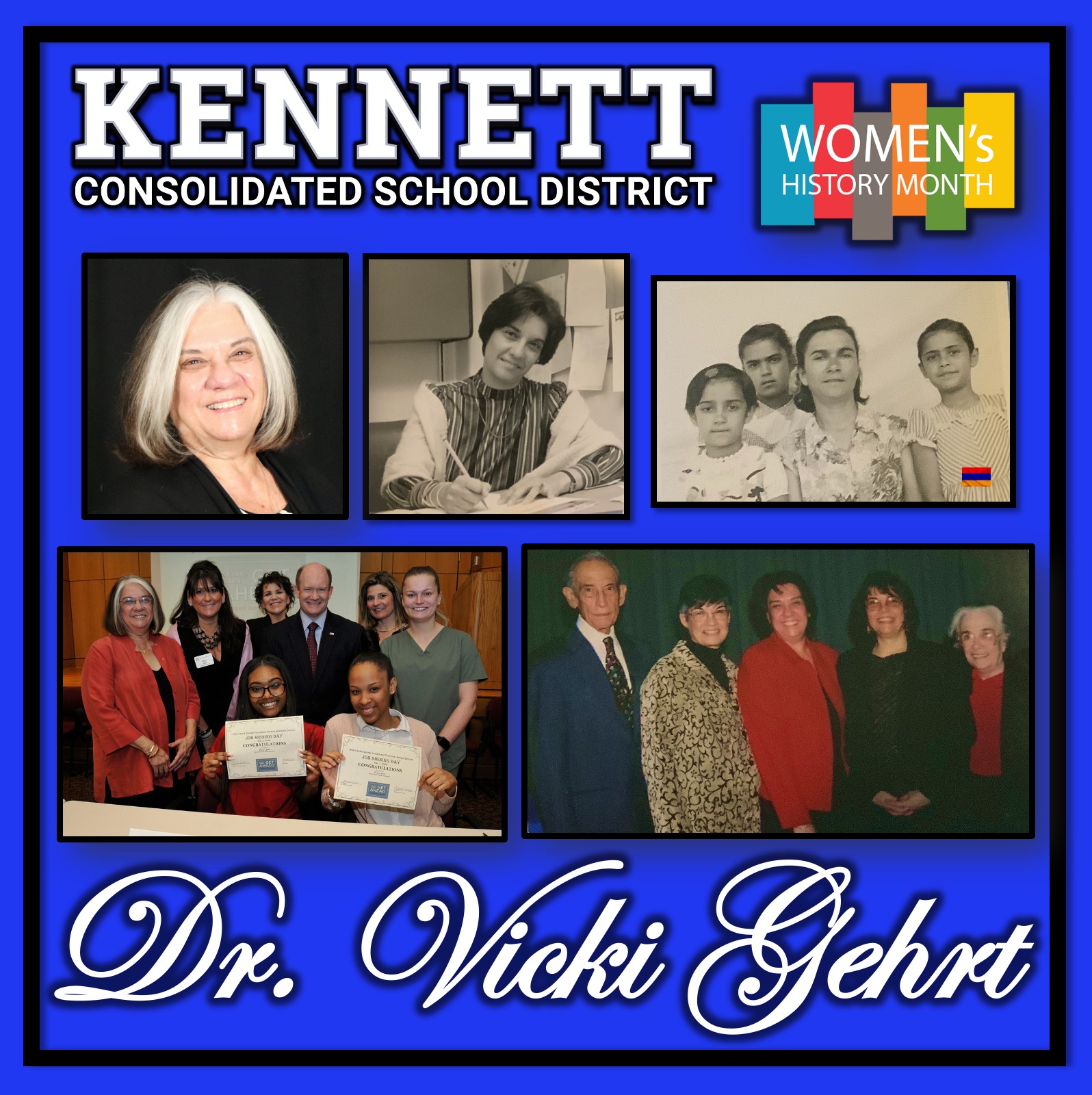 From her time as a classroom teacher to her current position as Kennett School Board vice president, Dr. Vicki Chopourian Gehrt has sought to provide students with as many opportunities as possible, all the while ensuring they are prepared for a future beyond the embrace of their alma maters. Curiously, Dr. Gehrt’s approach to education mirrors the very nature of her own personal story.

Born to Armenian parents on the tiny island nation of Cyprus, Dr. Gehrt was raised by parents who, unlike the previous generation who had experienced the worst of humanity, could finally look toward the future. While Cyprus had provided her family – as well as many other Armenians – a home after the fall of the Ottoman Empire and the Armenian Genocide, her father Giragos Chopourian, seized an opportunity for a new life, one that was all his own. So, in 1956, Mr. Chopourian and his young family boarded a ship bound for the United States.

Once her father completed his studies at a theological seminary, the Chopourian family moved to the Philadelphia area where Dr. Gehrt attended high school. After graduating from Haverford High School in 1967, she enrolled at the University of Delaware where she looked to obtain a degree in pediatric nursing. Yet, her focus shifted quite quickly – and while the nursing program was incredibly intensive and intellectually rewarding, there lacked a focus on helping children. So, she changed majors and graduated in 1971 with a degree in Elementary Education. That fall, her career in education commenced.

As her career progressed, Dr. Gehrt honed her classroom instructional practices and continued her own education at the University of Delaware. She eventually moved into administrative roles, culminating in 1998 when she became the Assistant Superintendent at New Castle County Vocational Technical School District in Delaware, a position she also held in Kennett from 2006-2011. In 2000, she became the Brandywine School District’s interim superintendent, eventually landing a permanent position in Bensalem the very next year. All told, Dr. Gehrt served as superintendent of three districts for a combined 14 years before retiring in 2019. Each step of the way, her leadership style was marked by an innovative ethos that sought an education system capable of meeting the demands of ALL students. As a result, she pushed for changes that would modernize her schools. From swapping out typewriters for IBM computers, to initiating a 1:1 computer program, she looked to provide students the foundation on which they could seize an opportunity all their own.

Her tireless efforts and advocacy garnered her state-wide acclaim when she was named the Delaware Superintendent of the Year in 2017, a testament to her dedication and commitment to her students. While she is technically retired, she remains as active as ever. As a board member here in Kennett, she remains as committed to education as when her career began 50 years ago.

In addition to staying active in education, Dr. Gehrt remains rooted in her past. To honor her heritage and the incredible work her father did in the Armenian community, Dr. Gehrt has been committed to the Jinishian Memorial Program for the last 20 years. This program aids Armenian communities across the Middle East who are in need of humanitarian, economic, and medical assistance.

The famed Armenian-American writer William Saroyan stated that “​It is simply in the nature of Armenian[s] to study, to learn, to question, to speculate, to discover, to invent, to revise, to restore, to preserve, to make, and to give.” The sincerity of the quote becomes especially poignant when considering how accurately it captures the life and career of Dr. Gehrt. Over the course of a half century in education, Dr. Gehrt has embodied the very nature of Saroyan’s claim and remains ever true to ensuring the well-being of students. We’re so very proud to celebrate her story and legacy!

The KCSD Board of Directors will convene for its December meeting in the library of the Mary D. Lang Kindergarten Center. Additional details, including an agenda, can be accessed online.